As an engineer, almost all of the flows that I have been analyzing have been turbulent in nature. In the real world, we have no choice but to dabble in the dark art of turbulence modelling. Despite the empiricism involved, my experience with Reynolds averaged Navier-Stokes (RANS) is that they do give pretty useful results that we can pass on with certain confidence to the next stage of the design process. Of course, when we run into more unique cases with bluff bodies and shear layers etc., we treat them with more caution. Today we will take a closer look at the basics of RANS.

. Injecting the decomposition, and noting that averaging the fluctuating component brings it to zero (i.e.

Applying the chain rule and continuity equation for the term in angular brackets,

We arrive at the familiar form of RANS:

The last term on the right is the Reynolds stress term. It is a well known problem where there is no known solution for these terms. There are many suggestions to close the equations, however.

One of the earlier method is the mixing length model introduced by none other than Prandtl. He postulated that there is a certain length where a fluid parcel will keep its characteristics before mixing with the surrounding fluid. Another way to see it is to imagine a particle in the x-y plane moving around randomly, but within a circle of certain radius. The particle keeps it’s averaged characteristics constant at all times. Linearizing the averaged velocity about where the particle is, we see that to keep its averaged velocity constant, the fluctuation in velocity is equal to:

is the mixing length. This is more easily understood by visualizing the particle: 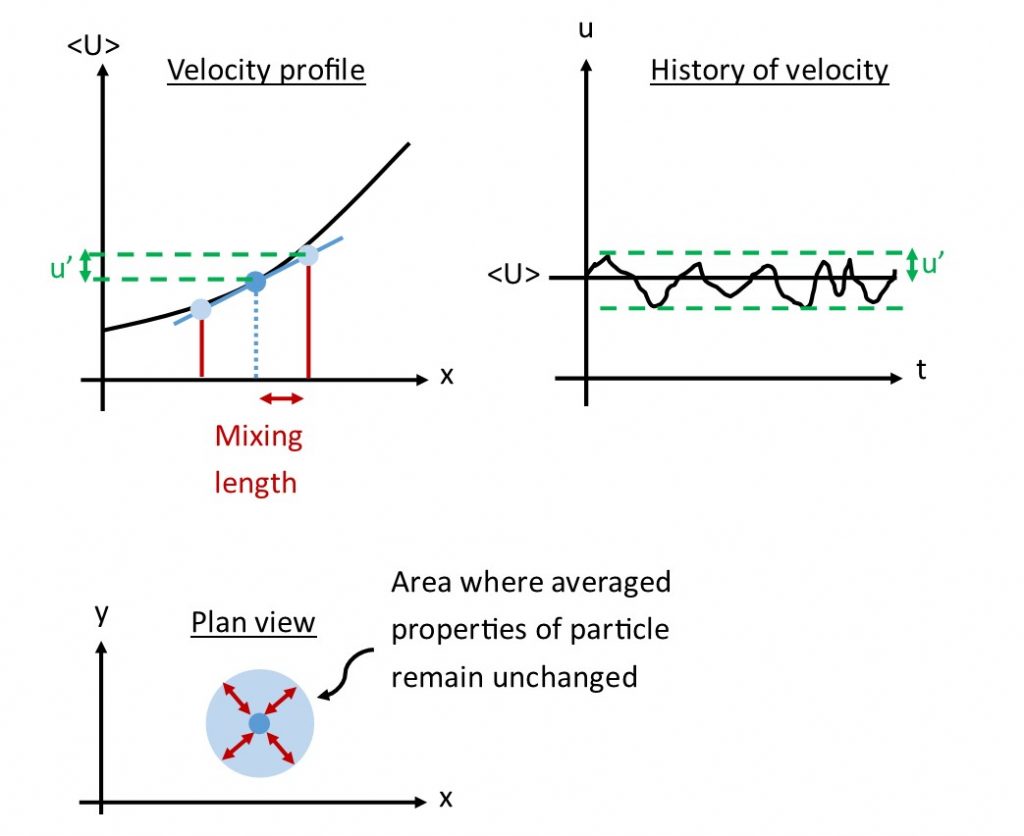